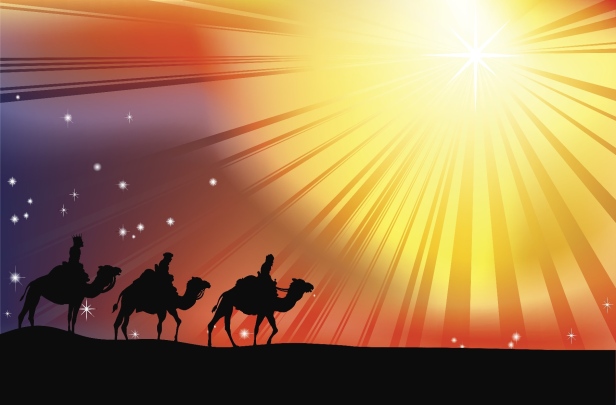 Christmas 2009 is just a week away. The malls and shopping centers are filled with people searching for just the right gift for mom and dad, brother and sister, aunt and uncle, boyfriend and girlfriend. It’s a time of giving and receiving. When did the idea for giving presents at Christmas begin? At the beginning.

The Middle East, where Jesus was born, is steeped in history and tradition. Life began there. The great struggles of God’s people happened in the hills, mountains and valleys of the Middle East. The Magi who came from Persia to find the prophesied Messiah who would become the ruler of the world were experts in the traditions of “king making.” Bringing gifts to the one who would be king was an important role they played in that tradition. The gifts they brought were not picked up at a local store as an afterthought. The Magi knew exactly what to give the Messiah Prince who would become King.

The first gift is often overlooked as we read this ancient story. They “fell down and worshiped Him.” Bowing down or falling prostrate before a person was the well-known gift of demonstrating great respect for someone of a higher class or position. Putting the head down on the ground and placing the hands in front of the head was the idea of “kissing forward.” It was an act of great admiration. The Magi first gave Jesus the gift of respect and admiration for who He was and who they knew He would become. Jesus was sent by God and would become the ruler of Israel and the world!

King makers like the Magi would not arrive at a royal court without gifts. It would be rude and a show of great disrespect. If the Magi had fallen down and worshiped Jesus but not brought Him gifts, the visit would have been viewed as a great sham and farce. The Magi were experts in giving gifts at the royal court. They knew the great traditions of the Middle East and they knew what was expected for every situation. The gifts they brought to Messiah would fit the occasion perfectly.

“And when they had opened their treasures, they presented gifts to Him: gold, frankincense, and myrrh.” Notice that what the Magi brought to Jesus were “treasures.” It is the Greek word thesaurous and means “a place of safe keeping.” They kept their gifts to Jesus in a special place that kept the gifts safe on the long journey from Persia. Those gifts would be protected at all cost. When they saw the Messiah, they opened their special treasure vault to retrieve the gifts. We do something similar to that when we wrap presents. The gift wrapped in special paper and with bows is our treasure to family and friend and to only be unwrapped upon the special occasion of giving the gift.

The Magi were renowned in the Middle East for their ability to foretell the future. It began with the Hebrew prophet Daniel, the chief Magi of the royal court of Babylon and Persia hundreds of years earlier. It was Daniel’s prophecy that led the Magi to watch the sky for a sign that God was on the move to bring the promised Messiah into the world. The Magi knew exactly what gifts would be appropriate for this amazing event. Even though similar gifts were given to kings and princes who would become kings in the Middle East, each of the gifts the Magi brought Jesus also expressed a spiritual meaning.

The first gift presented to Jesus was gold. Gold represented the highest and most precious of metals and was the best gift to give a king. It demonstrated that the king held the highest position in the country and would be the wealthiest. It also spoke to bloodlines and the right of the king to rule. Gold was a pure metal and demonstrated the purity of kingship. It was a statement of the “value” the king had to his country. (Jesus was quite familiar with the value of gold. He had paved the streets of Heaven with it.) Jesus the Messiah had the highest value for both Israel and the Gentile nations. He had come to earth to become the King of Kings.

The second gift brought out of the boxes by the Magi was frankincense. Incense was very important in the Middle East. It had been used for centuries to cover the course smells of life. It was also used to improve people’s thoughts and attitudes and was often used to treat depression. The best incenses were expensive to buy and frankincense was quite expensive. It’s fragrance would attest to its value. Incense was also used by priests as a method of worshiping God, intervening for the needs of people and sending prayers to Him. Jesus was also God’s High Priest (Hebrews 4:14-16) and would intervene for the needs of those who were His. Frankincense had a holy place in the plan of God for His people:

“And the LORD said to Moses: ‘Take sweet spices, stacte and onycha and galbanum, and pure frankincense with these sweet spices; there shall be equal amounts of each. You shall make of these an incense, a compound according to the art of the perfumer, salted, pure, and holy. And you shall beat some of it very fine, and put some of it before the Testimony in the tabernacle of meeting where I will meet with you. It shall be most holy to you. But as for the incense which you shall make, you shall not make any for yourselves, according to its composition. It shall be to you holy for the LORD. Whoever makes any like it, to smell it, he shall be cut off from his people.”

The third gift brought out of the treasure of the Magi was myrrh. Myrrh also has a strong smell and was used in the Middle East to cover the smell of a dead body. It was used in the preparation of a body for burial. Myrrh was bitter to the taste and thought to describe well the bitterness of death. Myrrh was also used by God in displaying His holiness and anointing humans for holy service.

“Moreover the LORD spoke to Moses, saying:  ‘Also take for yourself quality spices—five hundred shekels of liquid myrrh, half as much sweet-smelling cinnamon (two hundred and fifty shekels), two hundred and fifty shekels of sweet-smelling cane, five hundred shekels of cassia, according to the shekel of the sanctuary, and a hin of olive oil. And you shall make from these a holy anointing oil, an ointment compounded according to the art of the perfumer. It shall be a holy anointing oil. With it you shall anoint the tabernacle of meeting and the ark of the Testimony; the table and all its utensils, the lampstand and its utensils, and the altar of incense; the altar of burnt offering with all its utensils, and the laver and its base. You shall consecrate them, that they may be most holy; whatever touches them must be holy. And you shall anoint Aaron and his sons, and consecrate them, that they may minister to Me as priests. And you shall speak to the children of Israel, saying: ‘This shall be a holy anointing oil to Me throughout your generations. It shall not be poured on man’s flesh; nor shall you make any other like it, according to its composition. It is holy, and it shall be holy to you. Whoever compounds any like it, or whoever puts any of it on an outsider, shall be cut off from his people.”

The Magi brought the perfect gifts to the prophesied Messiah King. Gold represented His purity and value as the One who would rule the world from His rightful position of King of Kings and Lord of Lords. Frankincense represented Christ’s role as the Most High Priest of God. Myrrh represented Messiah’s holiness and anointing for His ultimate sacrifice of laying down His life to save people from their unholiness (sinfulness).

I pray that our study this week about the Magi’s visit to Jesus will fill your heart and mind with “exceedingly great joy,” even as it did for the wise men on that precious day centuries ago. Consider the great gifts the Magi gave Jesus and what gifts we are giving to our Savior this Christmas.

One thought on “Exceedingly Great Joy!”