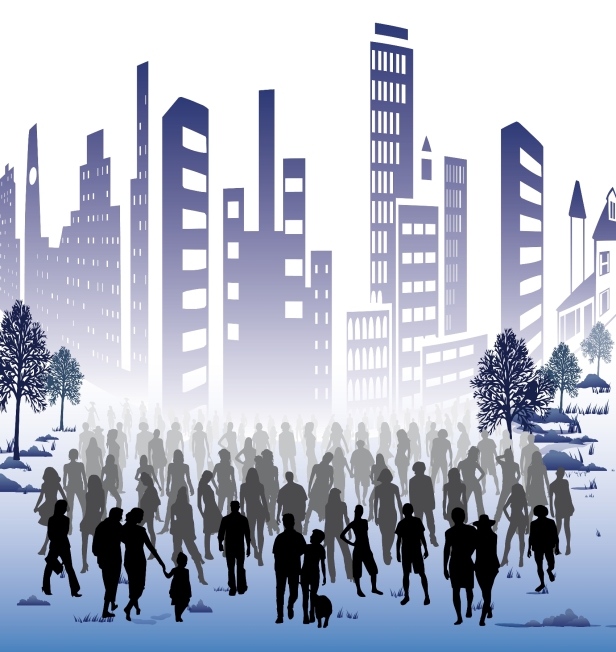 How about investing in people? That’s what I said – investing in people! If we are to believe God (which I highly recommend), investing yourself in people is the best way to spend your life. God has invested thousands of years of Love and Grace in the people of this world. First, God created the world and gave it to the human race as a gift. When the head of the human race rejected God’s gift through disobedience, God immediately invested Himself in redeeming people from sin. That ultimately led to the death of God’s Son, the Lord Jesus Christ. Fortunately for all of us, Jesus rose from the dead and reigns in Heaven at the right hand of God the Father. Jesus has invested Himself in people ever since. Every day, Jesus is working in the hearts and lives of people to build His Body, the Church, and He wants us to do the same with our lives.

This should come as no surprise to anyone who has read the Bible. Everywhere we look in God’s Word, the Lord reminds us of the importance of investing in people. As we saw last week in our study, God cares about people so much that He provided a way of escape for them – the gift of salvation.

“And Moses said to the people, ‘Do not be afraid. Stand still, and see the salvation of the LORD, which He will accomplish for you today. For the Egyptians whom you see today, you shall see again no more forever. The LORD will fight for you, and you shall hold your peace.” Exodus 14:13-14

“Therefore I will give thanks to You, O LORD, among the Gentiles, And sing praises to Your name. He is the tower of salvation to His king, And shows mercy to His anointed, To David and his descendants forevermore.” 2 Samuel 22:50-51

“Salvation belongs to the LORD. Your blessing is upon Your people.  Selah” Psalm 3:8

“But the salvation of the righteous is from the LORD; He is their strength in the time of trouble.” Psalm 37:39

“For God is my King from of old, Working salvation in the midst of the earth.” Psalm 74:12

“For the LORD takes pleasure in His people; He will beautify the humble with salvation.” Psalm 149:4

The Lord takes pleasure in His people! He has invested Himself in us. We are His passion!

“And Jesus went about all Galilee, teaching in their synagogues, preaching the gospel of the kingdom, and healing all kinds of sickness and all kinds of disease among the people.” Matthew 4:23

“Jesus answered and said to them, “Go and tell John the things which you hear and see: The blind see and the lame walk; the lepers are cleansed and the deaf hear; the dead are raised up and the poor have the gospel preached to them. And blessed is he who is not offended because of Me.” Matthew 11:4-6

“But He said to them, ‘Let us go into the next towns, that I may preach there also, because for this purpose I have come forth.” Mark 1:38

“So He came to Nazareth, where He had been brought up. And as His custom was, He went into the synagogue on the Sabbath day, and stood up to read. And He was handed the book of the prophet Isaiah. And when He had opened the book, He found the place where it was written: ‘The Spirit of the LORD is upon Me, Because He has anointed Me To preach the gospel to the poor; He has sent Me to heal the brokenhearted, To proclaim liberty to the captives And recovery of sight to the blind, To set at liberty those who are oppressed; To proclaim the acceptable year of the LORD.’ Then He closed the book, and gave it back to the attendant and sat down. And the eyes of all who were in the synagogue were fixed on Him. And He began to say to them, ‘Today this Scripture is fulfilled in your hearing.’ So all bore witness to Him, and marveled at the gracious words which proceeded out of His mouth.” Luke 4:16-22

Oh, the love that Jesus has for people! And it’s a love He wants us to have as well.

“Later He appeared to the eleven as they sat at the table; and He rebuked their unbelief and hardness of heart, because they did not believe those who had seen Him after He had risen. And He said to them, ‘Go into all the world and preach the gospel to every creature. He who believes and is baptized will be saved; but he who does not believe will be condemned. And these signs will follow those who believe: In My name they will cast out demons; they will speak with new tongues; they will take up serpents; and if they drink anything deadly, it will by no means hurt them; they will lay hands on the sick, and they will recover.’ So then, after the Lord had spoken to them, He was received up into heaven, and sat down at the right hand of God. And they went out and preached everywhere, the Lord working with them and confirming the word through the accompanying signs. Amen.” Mark 16:14-20

Jesus wants us to invest our lives in people even as He invested Himself in us. And how do we do that? We love people, pray for people, and tell them the wonderful story of Christ’s love for them. We follow the example of Jesus, the Apostles and the faithful of many generations.

“If I then, your Lord and Teacher, have washed your feet, you also ought to wash one another’s feet. For I have given you an example, that you should do as I have done to you. Most assuredly, I say to you, a servant is not greater than his master; nor is he who is sent greater than he who sent him.” John 13:14-16

“Brethren, join in following my example, and note those who so walk, as you have us for a pattern.” Philippians 3:17

“And you became followers of us and of the Lord, having received the word in much affliction, with joy of the Holy Spirit, so that you became examples to all in Macedonia and Achaia who believe. For from you the word of the Lord has sounded forth, not only in Macedonia and Achaia, but also in every place. Your faith toward God has gone out, so that we do not need to say anything.” 1 Thessalonians 1:6-8

“Let no one despise your youth, but be an example to the believers in word, in conduct, in love, in spirit, in faith, in purity. Till I come, give attention to reading, to exhortation, to doctrine.” 1 Timothy 4:12-13

Millions of Christians have followed in the footprints of the amazing servants of God who lived in the 1st Century AD. Now, it’s our turn – our turn to wash each other’s feet, to follow the pattern left for us, to be examples to others in word, in conduct, in love, in spirit, in faith, and in purity. And what will be the outcome of such a life?

“Blessed are you when they revile and persecute you, and say all kinds of evil against you falsely for My sake. Rejoice and be exceedingly glad, for great is your reward in heaven, for so they persecuted the prophets who were before you.” Matthew 5:11-12

“For what profit is it to a man if he gains the whole world, and loses his own soul? Or what will a man give in exchange for his soul? For the Son of Man will come in the glory of His Father with His angels, and then He will reward each according to his works.” Matthew 16:26-27

“So then neither he who plants is anything, nor he who waters, but God who gives the increase. Now he who plants and he who waters are one, and each one will receive his own reward according to his own labor. For we are God’s fellow workers; you are God’s field, you are God’s building … Now if anyone builds on this foundation with gold, silver, precious stones, wood, hay, straw, each one’s work will become clear; for the Day will declare it, because it will be revealed by fire; and the fire will test each one’s work, of what sort it is. If anyone’s work which he has built on it endures, he will receive a reward. If anyone’s work is burned, he will suffer loss; but he himself will be saved, yet so as through fire.” 1 Corinthians 3:7-9, 12-15

“And whatever you do, do it heartily, as to the Lord and not to men, knowing that from the Lord you will receive the reward of the inheritance; for you serve the Lord Christ.” Colossians 3:22-23

“But without faith it is impossible to please Him, for he who comes to God must believe that He is, and that He is a rewarder of those who diligently seek Him.” Hebrews 11:6

People often invest themselves and their possessions based on what they will receive at the end of the investment period. God tells us that He will reward us for our obedience. When humans reward each other for lifetime investments, they give each other things that cannot last past one’s lifetime. However, when God rewards people for investing in people, the reward goes far beyond their lifetime.

“Do you not know that those who run in a race all run, but one receives the prize? Run in such a way that you may obtain it. And everyone who competes for the prize is temperate in all things. Now they do it to obtain a perishable crown, but we for an imperishable crown.” 1 Corinthians 9:24-25

“For what is our hope, or joy, or crown of rejoicing? Is it not even you in the presence of our Lord Jesus Christ at His coming? For you are our glory and joy.” 1 Thessalonians 2:19-20

Did you see that? The Apostle Paul told the Christians in Thessalonica that they were his glory and joy! The Thessalonian believers, in the presence of Jesus Christ at His coming, was Paul’s hope, joy and crown of rejoicing. Paul had two great loves in His life – love for God and love for people. Those loves are what drove him and supported him in one of the most challenging ministries of all time.

One of the last things Jesus says in the Book of Revelation is a reminder to His children about the rewards He has for them.

“And behold, I am coming quickly, and My reward is with Me, to give to every one according to his work. I am the Alpha and the Omega, the Beginning and the End, the First and the Last.” Revelation 22:12-13

What will Jesus give you? How will He reward you for the investments you’re making in this life? Personally, I’m hoping to hear one thing from Jesus – “His lord said to him, ‘Well done, good and faithful servant; you were faithful over a few things, I will make you ruler over many things. Enter into the joy of your lord.” (Matthew 25:21) Doesn’t that sound wonderful? “Well done, good and faithful servant.” When we hear our dear Savior and Lord say those precious words to us, we will enter into the joy of our Lord.

3 thoughts on “How to Invest Your Life”