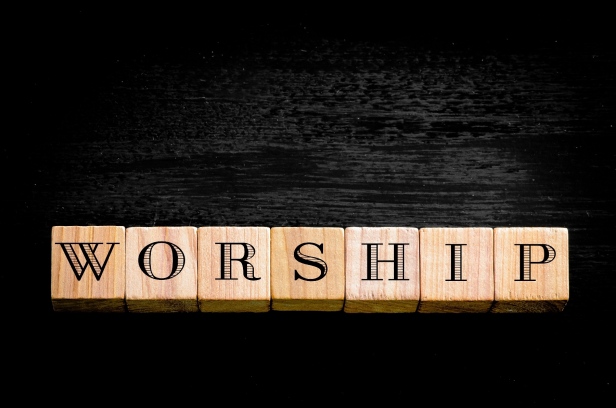 (This study is an expansion of the worship section in my book, “A History of Man’s Quest for Immortality,” Fifth Estate Publishing, 2007)

As we saw in our last study, every Hebrew was born into sin. That is the condition of all people. God freed Hebrews from Egyptian bondage and brought them into His service. However, physical slavery could still happen to a Hebrew for many reasons.

“If one of your brethren becomes poor, and falls into poverty among you, then you shall help him, like a stranger or a sojourner, that he may live with you. Take no usury or interest from him; but fear your God, that your brother may live with you. You shall not lend him your money for usury, nor lend him your food at a profit. I am the Lord your God, who brought you out of the land of Egypt, to give you the land of Canaan and to be your God. And if one of your brethren who dwells by you becomes poor, and sells himself to you, you shall not compel him to serve as a slave. As a hired servant and a sojourner he shall be with you, and shall serve you until the Year of Jubilee. And then he shall depart from you—he and his children with him—and shall return to his own family. He shall return to the possession of his fathers. For they are My servants, whom I brought out of the land of Egypt; they shall not be sold as slaves. You shall not rule over him with rigor, but you shall fear your God.” Leviticus 25:35-43

The Year of Jubilee is introduced several verses earlier in the same chapter of Leviticus. It follows God’s commands concerning the Sabbath of the Seventh Year. Both of these played a vital role in Israel’s relationship with God and each other.

The Year of the Jubilee was tied to the Day of Atonement every 50 years. It was a great time of freedom for the people and the land. The Day of Atonement was a reminder of God’s forgiveness each year. On the 10th day of the 7th month of the Hebrew calendar, the high priest entered the inner sanctuary of the tabernacle (and later the temple) to make reconciling sacrifices for his sins, the sins of his family, and the sins of the nation. On the Day of Atonement every 50th year (Year of Jubilee), the blast from a ram’s horn announced to the nation that all land reverted to the original owner and every Israelite who had sold himself because of poverty and had not been redeemed would be freed along with his children.

The Year of the Jubilee was a wonderful gift from God to the people of Israel. They could always see a light at the end of a long tunnel. It would never be longer than 50 years before they would experience forgiveness of debt and return of their original property. Permanent slavery could not happen in Israel because of the Year of the Jubilee. No Hebrew family could permanently amass a great fortune on the back of another Hebrew family. Imagine if other nations would adopt this into their social codes. Everyone would get a second chance. No one could permanently oppress another person. It would discourage permanent and excessive accumulations of wealth. Families would always be able to reconnect and rebuild their lives as family.

“Now these are the judgments which you shall set before them: If you buy a Hebrew servant, he shall serve six years; and in the seventh he shall go out free and pay nothing.” Exodus 21:1-2

A Hebrew servant would serve at most six years before being freed without having to pay anything for his freedom. That was unusual in the world at that time and demonstrated God’s love and forgiveness for His people.

“If he comes in by himself, he shall go out by himself; if he comes in married, then his wife shall go out with him. If his master has given him a wife, and she has borne him sons or daughters, the wife and her children shall be her master’s, and he shall go out by himself. But if the servant plainly says, ‘I love my master, my wife, and my children; I will not go out free,’ then his master shall bring him to the judges. He shall also bring him to the door, or to the doorpost, and his master shall pierce his ear with an awl; and he shall serve him forever.” Exodus 21:3-6

The Hebrew servant who came into servitude married could take his wife with him when he left. If the Hebrew master gave the servant a wife and she gave birth to sons or daughters, they would stay with the master when it came time for the Hebrew servant to go free. However, if the servant chose to remain a servant because of his love for master, wife and children, he would serve forever.

God gave more instructions about this issue in what is known as the Law of the Kinsmen Redeemer found in Leviticus 25. This is a wonderful doctrine that points to God as the Kinsmen Redeemer of His people, Israel. Look at how lovingly God lays out this law and how He ends with a word of comfort to His precious children.

“Now if a sojourner or stranger close to you becomes rich, and one of your brethren who dwells by him becomes poor, and sells himself to the stranger or sojourner close to you, or to a member of the stranger’s family, after he is sold he may be redeemed again. One of his brothers may redeem him; or his uncle or his uncle’s son may redeem him; or anyone who is near of kin to him in his family may redeem him; or if he is able he may redeem himself. Thus he shall reckon with him who bought him: The price of his release shall be according to the number of years, from the year that he was sold to him until the Year of Jubilee; it shall be according to the time of a hired servant for him. If there are still many years remaining, according to them he shall repay the price of his redemption from the money with which he was bought. And if there remain but a few years until the Year of Jubilee, then he shall reckon with him, and according to his years he shall repay him the price of his redemption. He shall be with him as a yearly hired servant, and he shall not rule with rigor over him in your sight. And if he is not redeemed in these years, then he shall be released in the Year of Jubilee—he and his children with him. For the children of Israel are servants to Me; they are My servants whom I brought out of the land of Egypt: I am the Lord your God.” Leviticus 25:47-55

God’s point is clear here. Even though Israelites would deal with the many challenges of living in a fallen and sinful world, they belonged to God. He would watch over them, provide for them, and protect them because He loved them.

“And if a man sells his daughter to be a female slave, she shall not go out as the male slaves do. If she does not please her master, who has betrothed her to himself, then he shall let her be redeemed. He shall have no right to sell her to a foreign people, since he has dealt deceitfully with her. And if he has betrothed her to his son, he shall deal with her according to the custom of daughters. If he takes another wife, he shall not diminish her food, her clothing, and her marriage rights. And if he does not do these three for her, then she shall go out free, without paying money.” Exodus 21: 7-11

Unlike the male slaves, the female slave would not “go out” in the sense of being freed in the seventh year. Many female slaves became permanent members of the new family through marriage. If her master who had chosen to marry her was not pleased by her, he had to allow the girl to be redeemed by a Hebrew, not by a foreigner. If the master betrothed the girl to his son, he was to deal with her according to the custom of daughters. The “custom of daughters” included both financial support and conjugal visits with the son. She had rights to be supported and to have children. If the master did not do those three things for the girl, he had to free her without her having to pay money for her freedom.

God cared deeply for His children and designed a system of personal rights that would protect them in every type of life situation–including slavery.