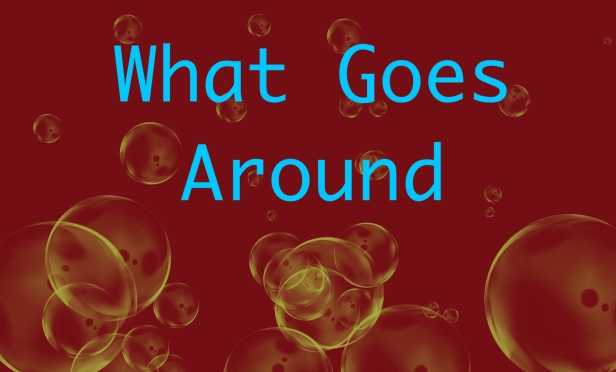 Have you ever noticed how quickly people judge others? even when they don’t have all the facts? We’ve all seen it – and probably done it. There’s just something in human nature that makes us want to be judge and jury for other people. Maybe it makes us feel better about ourselves to make judgements about others. Maybe it’s easier to overlook our own shortcomings if we see how bad everybody else is behaving. Whatever the reason, we do it – we judge others.

There are people in the world who have the job of judging people. I’ve known a lot of them through many years of being a journalist and most are just ordinary folks who have special education, skills and experience that prepared them to judge other people. They judge according to rules of law and that’s the way it should be. What right does someone have to judge me, unless they are representing a higher power – the law.

What should I should do as a Christian? Should I judge others or not? Here’s what God says about it: “Judge not, that you be not judged.” (Matthew 7:1) That’s pretty strong language. In one of His first recorded sermons, Jesus told the people of Israel that they should not judge others, “that you be not judged.” Jesus continued – “For with what judgment you judge, you will be judged; and with the measure you use, it will be measured back to you.” (Matthew 7:2)

In our online study this week, we’re looking at how God measures His people. He told the people of Israel that they would be judged with the same judgement they used for others. He said, “and with the measure you use, it will be measured back to you.” Let’s look at two key words in this statement: judge and measure.

When we judge someone, we take things apart – we separate, select and choose. What’s our basis for that selection? If we are in the position of serving the people as a judge, our choices are based on the rule of law. But what about when we’re not serving in the people’s court? Jesus told the people of Israel that the same selection process they used to judge others would be the same process used to judge them.

“What goes around, comes around” is something we often hear people say. They use it for people who do bad things or mistreat others. The idea is that life has certain cycles and the way people treat each other will eventually come back to affect their lives. If they’re good to people, good things will come to them. If they’re bad to people, bad things will happen to them.

The spiritual concept Jesus presented has a much higher value than a simple life cycle. He told the people of Israel that as God’s chosen nation they would be judged using the same judgement they used to judge others. Whatever measurement they used with others would be used to measure them. God established a system of justice for Israel that is explained in great detail in the Mosaic Law. That Divine Law was Israel’s measurement. It was the “plumb line” God placed in the middle of His people.

After showing Israel the Standard, He showed them how to apply it:

I love the analogy Jesus uses: plank and speck. A “plank” (dokos) was a board used in building a house or other large structure. Imagine someone having a “plank” in their eye! A “speck” (karphos) was a tiny piece of wood, straw or wool. I get that – it happens. A little speck of something flies into your eye and it’s hard to see anything out of that eye. Your eye waters and you work to get that stubborn speck out of your eye so you can see clearly – or someone helps you get the speck out of your eye.

Jesus used the analogy of the plank and speck to help the people of Israel understand His rules in the Messianic Kingdom. Number one, they shouldn’t judge because the way they judged others would be used in judgement against them. Number two, deal with your problems before you try to point out someone else’s problems. The process of doing that (taking the plank out of our eye) should make a person understanding and compassionate when they turn to help someone with their problems. Jesus did not tell the people of Israel not to help someone with a problem. He explained how to do it effectively with clear eyesight. Good lesson.

The Apostle Paul also wrote to the Body of Christ about judging others. I suggest you read the entire chapter to get the full effect of the context and details, but here are some highlights that address the issue.

“Receive one who is weak in the faith, but not to disputes over doubtful things. For one believes he may eat all things, but he who is weak eats only vegetables. Let not him who eats despise him who does not eat, and let not him who does not eat judge him who eats; for God has received him. Who are you to judge another’s servant? To his own master he stands or falls. Indeed, he will be made to stand, for God is able to make him stand … But why do you judge your brother? Or why do you show contempt for your brother? For we shall all stand before the judgment seat of Christ. For it is written:  ‘As I live, says the LORD, Every knee shall bow to Me, And every tongue shall confess to God.’ So then each of us shall give account of himself to God. Therefore let us not judge one another anymore, but rather resolve this, not to put a stumbling block or a cause to fall in our brother’s way.”  Romans 14:1-4, 10-13

“Who are you judge another’s servant?” Good question. It’s not our place to judge other believers. We are all servants of God. “For we shall all stand before the judgment seat of Christ.” That day is coming and should be the focus of our attention during this lifetime. “So then each of us shall give account of himself to God.” God’s going to ask me about me and you about you. He’s not going to ask me to give an account for your life, nor you to give an account for my life. “Therefore let us not judge one another anymore.” The Christians in Rome had been judging each other and God told them to stop it immediately. His message is the same today – let’s not judge each other anymore.

We have lot of work ahead of us – lots to get done. We need to focus on what’s important. Judging other people doesn’t accomplish what God has called us to do. Focus on the work at hand – let God do the judging. It works best that way.