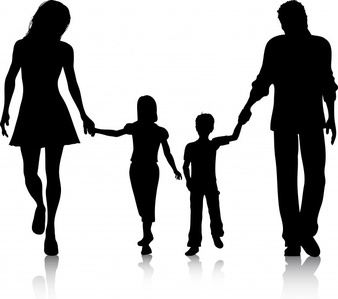 In our last study, we saw the important role fathers play in their family. They are formers, leaders, providers, and protectors. That is also the role they play in their church. Let’s look closer at Fathers in the Church.

“From Miletus he sent to Ephesus and called for the elders of the church … Therefore take heed to yourselves and to all the flock, among which the Holy Spirit has made you overseers, to shepherd the church of God which He purchased with His own blood. For I know this, that after my departure savage wolves will come in among you, not sparing the flock. Also from among yourselves men will rise up, speaking perverse things, to draw away the disciples after themselves.” Acts 20:17, 28-30

Paul was greatly concerned about what would happen to the church after his departure. Paul was on his way to Jerusalem and didn’t know what would happen to him there. What Paul did know knew was the Holy Spirit had told him that chains and tribulations were waiting for him. Paul also believed he would not see those church leaders again. “But none of these things move me; nor do I count my life dear to myself, so that I may finish my race with joy, and the ministry which I received from the Lord Jesus, to testify to the gospel of the grace of God.” (Acts 20:24)

Paul told the Ephesian elders they needed to “take heed” to themselves. The Greek is prosechete and means “to turn one’s attention to a thing by being on one’s guard against it, to devote thought and effort to, be attentive in caring for.” The idea is of being aware and on guard and Paul told the elders to start with themselves. The biggest challenge church leaders can face is their own motives and actions. They need to devote a lot of time and attention to what’s happening in their spiritual lives because that’s where problems in churches often begin.

Notice the progression of thought here:

1. Take heed to yourselves

2. Take heed to all the flock

3. Among which the Holy Spirit made you overseers

4. To shepherd the church of God

5. Which He purchased with His own blood

Why was Paul so concerned about what was going to happen to the flock of God? “For I know this, that after my departure savage wolves will come in among you, not sparing the flock.” (Acts 20:29) People from outside the Church (wolves) were going to attack God’s flock, the flock He bought with His own Blood, not sparing the flock. These people were vicious and would tear the flock to pieces, unless the elders took heed to themselves and the flock.

I read these words for the first time during my first year as a Christian. I understood about the ravaging wolves because I had been one. What I didn’t understand was that leaders from inside the Church would hurt the flock of God. Unfortunately, I learned about that during my second year as a Christian and continued to see that happen again and again. It is one of the saddest things I’ve experienced as a Christian. We have a saying in martial arts – “You can be attacked at anytime by anyone from anywhere.” If I had applied that self-defense fact to my life as a Christian, I would have been better prepared to protect myself, my family and the flock of God. Listen to what Paul says here: “Therefore take heed to yourselves and to all the flock, among which the Holy Spirit has made you overseers, to shepherd the church of God which He purchased with His own blood.” If you are a father, if you are a leader in your church, take heed to yourself and all the flock of God. Make sure your heart is right with God and men, then guard the flock of God carefully.

As you can see from what Paul told the Ephesian elders, being a Church leader is an serious responsibility. Men need to carefully consider that responsibility before becoming leaders. Look at the qualifications for Church leadership:

“A bishop then must be blameless, the husband of one wife, temperate, sober-minded, of good behavior, hospitable, able to teach; not given to wine, not violent, not greedy for money, but gentle, not quarrelsome, not covetous; one who rules his own house well, having his children in submission with all reverence (for if a man does not know how to rule his own house, how will he take care of the church of God?) 1 Timothy 3:2-5

“Let deacons be the husbands of one wife, ruling their children and their own houses well.” 1 Timothy 3:12

Notice in each example (bishop and deacon) that the men were to be the husband of one wife, ruling their children and their own houses well. The initial test for leading, providing and protecting the flock of God is in the home. If a man is a good husband and father, then they have fulfilled one of the most important qualifications for Church leadership. How do we measure up to God’s measurement? Remember – the flock is God’s. He purchased it with His own Blood. That makes it personal to Him.

In our next study, we’ll see the important role Christian fathers have in the world. There is so much to do.