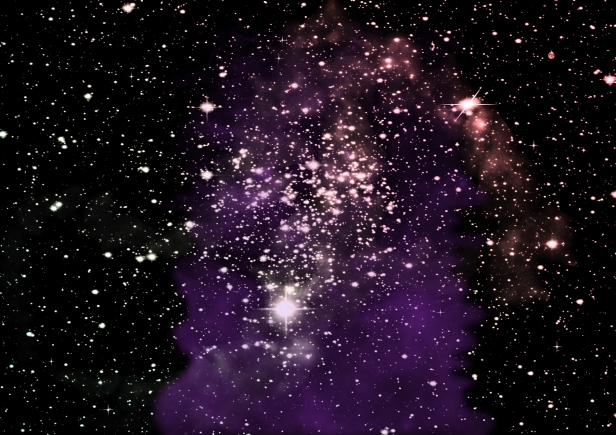 It is the best-known prayer in America – “Our Father which art in heaven, Hallowed be thy name.” (Matthew 6:9) Jesus taught the people who crowded around Him to pray that way. Jesus used the term “Father” dozens of times in the Gospels, so a question for us is – “who is the Father?”

In our last study about the Father, we learned that He is a Holy, Righteous, and Just God. He judged and disciplined Israel in the wilderness. He taught them what it meant to be “children of the Most High God.”

We know from being members of a family that a good father provides for his children in addition to disciplining them. God is a Greater Provider than the best human fathers and revealed that to Israel in the wilderness. Even as He sent fire from Heaven to discipline, God sent food from Heaven to provide.

“And they journeyed from Elim, and all the congregation of the children of Israel came to the Wilderness of Sin, which is between Elim and Sinai, on the fifteenth day of the second month after they departed from the land of Egypt. Then the whole congregation of the children of Israel complained against Moses and Aaron in the wilderness. And the children of Israel said to them, ‘Oh, that we had died by the hand of the Lord in the land of Egypt, when we sat by the pots of meat and when we ate bread to the full! For you have brought us out into this wilderness to kill this whole assembly with hunger.” Exodus 16:1-3

The children of Israel had seen the most amazing demonstrations of God’s Power, but just weeks after Moses led them out of Egypt and across the Red Sea to safety the people were complaining to Moses.  “Oh, that we had died by the hand of the Lord in the land of Egypt, when we sat by the pots of meat and when we ate bread to the full! For you have brought us out into this wilderness to kill this whole assembly with hunger.” They had cried out to God for freedom from the cruelty of slavery in Egypt, but all they could think about after God freed them was being back in slavery and having meat and bread to eat. How ridiculous – how human.

“Then the Lord said to Moses, ‘Behold, I will rain bread from heaven for you. And the people shall go out and gather a certain quota every day, that I may test them, whether they will walk in My law or not.  And it shall be on the sixth day that they shall prepare what they bring in, and it shall be twice as much as they gather daily.” Exodus 16:4-5

God always knows what His children are up to and He has an answer to all their needs. Early in their new relationship with God, the children of Israel were going to learn that Yaweh could and would provide for their every need.

“And the Lord spoke to Moses, saying, ‘I have heard the complaints of the children of Israel. Speak to them, saying, ‘At twilight you shall eat meat, and in the morning you shall be filled with bread. And you shall know that I am the Lord your God.’ So it was that quails came up at evening and covered the camp, and in the morning the dew lay all around the camp. And when the layer of dew lifted, there, on the surface of the wilderness, was a small round substance, as fine as frost on the ground. So when the children of Israel saw it, they said to one another, ‘What is it?’ For they did not know what it was. And Moses said to them, ‘This is the bread which the Lord has given you to eat. This is the thing which the Lord has commanded: ‘Let every man gather it according to each one’s need, one omer for each person, according to the number of persons; let every man take for those who are in his tent.’” Exodus 16:11-16

Israel ate much better in the wilderness with God than they had in Egypt. Quail and manna tasted good and met the nutritional needs of the people – “And the house of Israel called its name Manna. And it was like white coriander seed, and the taste of it was like wafers made with honey.” (Exodus 16:32)

God was faithful to provide manna for Israel every day for 40 years (Exodus 16:35), but the children of Israel still complained.

“Now the mixed multitude who were among them yielded to intense craving; so the children of Israel also wept again and said: ‘Who will give us meat to eat? We remember the fish which we ate freely in Egypt, the cucumbers, the melons, the leeks, the onions, and the garlic; but now our whole being is dried up; there is nothing at all except this manna before our eyes!” Numbers 11:4-6

It’s amazing that with all they witnessed, they would still complain about God’s provision. God taught them another lesson.

“So the Lord said to Moses: ‘Gather to Me seventy men of the elders of Israel, whom you know to be the elders of the people and officers over them; bring them to the tabernacle of meeting, that they may stand there with you.Then I will come down and talk with you there. I will take of the Spirit that is upon you and will put the same upon them; and they shall bear the burden of the people with you, that you may not bear it yourself alone. Then you shall say to the people, ‘Consecrate yourselves for tomorrow, and you shall eat meat; for you have wept in the hearing of the Lord, saying, ‘Who will give us meat to eat? For it was well with us in Egypt.’ Therefore the Lord will give you meat, and you shall eat. You shall eat, not one day, nor two days, nor five days, nor ten days, nor twenty days, but for a whole month, until it comes out of your nostrils and becomes loathsome to you, because you have despised the Lord who is among you, and have wept before Him, saying, ‘Why did we ever come up out of Egypt?” Numbers 11:16-20

What was God teaching Israel through His provision – a provision they continually complained about to Moses? We’ll see in the next part of our study.