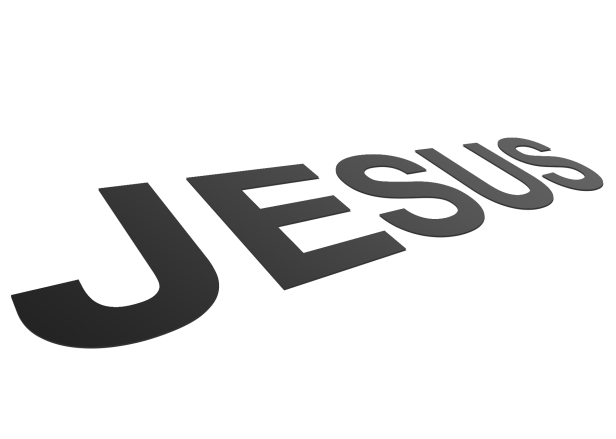 “Having predestined” speaks of God’s “marking out the boundry or limits” (proorizo) of our relationship with Him at sometime in the past (before the foundation of the world). God “predetermined” or “defined beforehand” what our relationship would be with Him. The word was used by ancient Greeks when speaking about the gods determining their destiny in life. It was something determined “beforehand.” Some translators have chosen the word “foreordain” to explain the meaning of “predestined.” It is a predetermination about a person’s future. God predetermined that He would adopt you as one of His children!

Paul used proorizo in other letters to Christians to help them understand their unique relationship with God.

1 Corinthians 2:7 – “But we speak the wisdom of God in a mystery, the hidden wisdom which God ordained before the ages for our glory.”

Luke used the word in Acts 4:28 – “…  to do whatever Your hand and Your purpose determined before to be done.” The apostles used the word in the context of the enemies of God gathered together against Him to murder His Son Jesus Christ. It is a reminder that God “predetermined, predestined, foreordained, chose beforehand,” that Jesus Christ would die a violent death at the hands of God’s enemies.

Paul used the same word when describing the decision God made about you and about me in “predetermining” that we would be adopted as His children. The word “adoption” is huiothesia and means “a placing as a son” and speaks of an adult rather than a minor child. It means the adopted person received all the benefits of a son who had reached the age of “maturity,” including full civil status. That status included the position of heirship (heirs with Christ).

Paul was the only writer in the New Testament to use the word huiothesia.

Romans 8:15 – “For you did not receive the spirit of bondage again to fear, but you received the Spirit of adoption by whom we cry out, ‘Abba, Father.”

Romans 8:23 – “Not only that, but we also who have the firstfruits of the Spirit, even we ourselves groan within ourselves, eagerly waiting for the adoption, the redemption of our body.”

Galatians 4:5 – “… to redeem those who were under the law, that we might receive the adoption as sons.”

The word “to” is the preposition eis and means “with a view to,” which speaks of purpose or result of an action. Adoption as adult, mature sons of God was the purpose of His predetermination made as part of His choosing us from before the foundation of the world. How blessed we are!

This adoption is about the highest and most important relationship any human being can have in this life and the life to come: a personal relationship with their Creator. In Christ’s famous prayer just before his arrest, Jesus prayed to His Father –

Jesus prayed for all the people who would believe in Him and asked His Father to make them “one in Us.” The purpose of that relationship of unity was so “the world may believe that You sent Me.” Christians’ personal relationship to God is much bigger and higher than just our salvation. Our relationship with God is a primary way the world sees that the Father sent the Son to save the world. Christ’s prayer for the unity relationship goes a step further to include Christians’ relationship to each other. “ And the glory which You gave Me I have given them, that they may be one just as We are one: I in them, and You in Me; that they may be made perfect in one, and that the world may know that You have sent Me, and have loved them as You have loved Me.” The way we support, encourage and treat each other is vitally important in God’s plan to reach the lost world for Christ.

Our “adoption as sons” comes with great reward and great responsibility. We have been given the privilege of being numbered among the redeemed from the world’s masses. We have direct access to God through Jesus Christ (“Abba, Father”). God listens to our prayers and gives us answers as a Father would an adopted child who has full legal rights of maturity and heirship. We will have access to God in person when the mortal puts on immortality and we go to be with Him forever in Heaven. That access to our Heavenly Father comes with a big price and responsibility. It cost the Only Begotten Son of God, Jesus Christ, His Blood and His Life. Jesus paid the highest price the Son of God could possibly pay to redeem unworthy, lost sinners, like us. He sacrificed His holy life for us. We went from being lifeless and filled with sin to being alive and saved by grace because of the price Christ paid on the cross for us. We have the highest responsiblity to conduct ourselves as sons of the King of Kings and Lord of Lords through humble obedience and grateful service. The world is watching to see whether we are one with God and each other. What they see will tell them if what we claim is real about God sending His Son to earth to die for their sins.

God’s plan for our relationship with Him through His Son is also from before the foundation of the world. “Father, I desire that they also whom You gave Me may be with Me where I am, that they may behold My glory which You have given Me; for You loved Me before the foundation of the world.” It is difficult for us to comprehend anyone or anything that existed before the foundation of the world. We are so locked into time and space that the thought of God living outside that framework is hard for us to get our minds around. However, the fact remains that God (Father, Son and Holy Spirit) predetermined before the creation of the world that you and I would receive the many benefits of His Love and Grace. One of the primary benefits is we are allowed to behold the glory of Christ. He wants us to be with Him where He is at the Right Hand of the Almighty God. We now see the glory of Christ in small part because of our mortality, but one day as immortals we will see and experience the complete and outstanding glory of Jesus Christ when we witness His full power and glory in Heaven!

God’s predetermined choice to make us adult sons is “according to the good pleasure of His will.” What a stunning thought! What God did in choosing us to become adult sons pleased Him. It was “according to” (dominated by) the good pleasure of His will. The words “good pleasure” come from the word eudokian. It has the meaning of “good will, satisfaction, delight, counsel, purpose.” This good pleasure comes from God’s “will” (thelema). It is a desire that comes from God’s heart and emotions. As God looked into future time and space (“before the foundation of the world”) from His eternal throne, He chose us and predetermined our relationship with Him as adult sons. That expression of His grace and mercy was dominated by the delight and good counsel of His loving heart. What a wonderful gift and benefit we have in Christ!